This weekend, students will be locked away in their rooms for hours on end in preparation for their trimester and semester exams.  After a relatively sleepless – but highly stressful – few days, students and their families will then receive report cards next Sunday morning (December 24), just in time to celebrate with everyone at the Christmas dinner table! (Hopefully…) 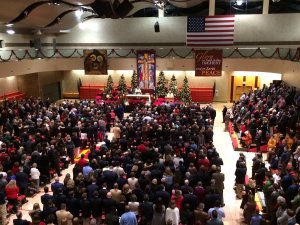 Next Sunday (December 24), Chaminade will host its annual Midnight Mass in the AAC. Christmas carols begin at 11:30 p.m., with the Mass set to start at the stroke of midnight. The Mass, at which Fr. Garrett Long ‘62 will serve as principal celebrant, is a great way to focus your vision on the true importance of Christmas Day from its opening seconds.

Both the varsity and JV basketball teams will be hosting the annual Haggerty Tournament Wednesday (December 27) and Thursday (December 28) in the AAC. On Wednesday, the JV hoopsters will play in the afternoon, with the varsity squad following up and taking the floor as part of an evening doubleheader. The next day, both teams will play in either the consolation final or tournament championship game, depending on Wednesday’s results.

This past Wednesday (December 13), seniors, juniors, and a portion of the sophomore class attended the annual Christmas Student Concert in Darby Auditorium. The music began around 8:30 a.m., with performances by the String Orchestra, Gold Glee Club, and Gold Band. Congratulations to all students who participated in the show, and good luck at tonight (December 15) and tomorrow (December 16) night’s concerts. Both nights, the curtain will rise at 7:30 p.m. 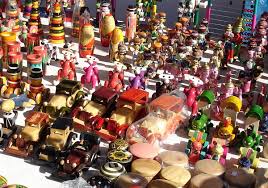 For the past two-and-a-half weeks, GSO (General Student Organization) has been collecting toys for unprivileged children in the lobby of Darby Auditorium. The toy drive was successful again this year, and many children will be able to enjoy their Christmas with our donations. Thank you to all those who participated!