Video games have long been a worthy opponent to productivity, responsibility, and most of all, serene parental relations. During the coronavirus pandemic, however, they have become a much-needed break from our current reality.

For once, free time is abundant. With the world at a standstill, following social distancing guidelines has led to widespread isolation. For many of us, the only times we can play with friends is when we are logged on to the PlayStation Network together. If there were ever an opportune moment to be playing video games, that time is certainly now.

With this shared reality in mind, I have created a list of five great video game recommendations that are sure to help kill some time during our quarantine quagmire:

If you can’t confront your demons physically, why not rip and tear them to shreds from the comfort of your couch? As the player, you take up the mantle of the Doom Slayer and the action begins. (Yes, I know – I just described the stereotypical video game you see stereotypical skater kids play in every stereotypical movie, but stick with me here…)

While his and the game’s story are surely captivating, the best aspects of Doom Eternal are found in its playstyle and mechanics. While walking through any stage of the game, the player is tasked with finding hidden buttons to open doorways, walls marked with cracks that the player can punch through to find collectible secrets, and objects obtained by climbing or swinging on bars. Items like sentinel batteries can help the player access upgrades to his armor and weapons, or these upgrades can be found in the field. At the same time, the player is faced with hordes of extremely well constructed and deadly enemies.

In regards to Doom’s mechanics, the gameplay revolves around the three main meters the player has to maintain: health, armor, and ammo. Having to balance these three systems in symphony makes mastering the game extremely satisfying. It was one of the most enjoyable FPS games I have ever played, as the player is forced to learn to use his chainsaw fuel wisely to obtain ammo and employ the flame belch before finishing off an enemy, resulting in copious amounts of both health and armor.

I have never felt more accomplished while playing a video game than I did when I finally learned to use my health, armor, and ammo together in one of the game’s many boss fights, tearing through enemies left and right while listening to the game’s unbelievable heavy metal soundtrack that always finds the right time to rev up.

Doom Eternal is definitely worth your time and money if you appreciate using both your mind and skill to work your way along the path of a captivating storyline.

Skyrim may be almost nine years old, but it is Bethesda’s greatest RPG (role-playing game). As made obvious by the fact that the title has been re-released five times, it’s one of the most replayable games on the market, featuring hundreds of genuinely captivating side quests and a great primary challenge that allows the player to find his or her place as the “Last Dragonborn” amid a civil war and the return of the long-dead dragon race.

As the Dragonborn, the player has the unique ability to use the Thu’um, which is the voice of dragons, to “shout,” allowing the character to spit fire, ice, or an unrelenting force that blasts opponents into next year. In addition, the player becomes a key piece in the fight against the main antagonist Alduin, a dragon from ancient times who has come back to destroy the universe.

While the role of Dragonborn brings a lot of great storytelling and dialogue to the game, it is the side hobbies and skill tree in which the player can engage that make the game truly great. Players can join a variety of groups that give them benefits and new storylines to follow. For example, they can become part of the Thieves Guild, a secret underground criminal network of thieves who have lost their grip on Skyrim, to help regain the glory of the past and secretly run Skyrim and its many cities once again.

Other than the side occupations the player can take up, the skill tree is where Skyrim’s RPG elements come to life. There are 18 complete skill trees, ranging from one-handed and two-handed weapon handling to blacksmithing, alchemy, and destruction magic.

The game rewards your choices by increasing your skills based on how you play. This system of progression builds an experience tailored to the player’s style and stands as one of the sturdiest pillars on which Skyrim has leaned over the last decade to remain a hallmark in gaming.

Personally, I have never been more moved and entertained by a video game than when I finally finished Red Dead Redemption II.

The story follows the Dutch Van der Linde’s gang through the eyes of Arthur Morgan, the game’s protagonist. Red Dead II takes the player through Arthur’s experiences with the gang as they are hunted down by the government for a combination of past and current crimes.

The game has the perfect combination of graphical and storytelling excellence. The fact that it almost looks photo-real adds to your emotional investment in the character of Arthur as you watch and guide him through his struggles with Dutch.

What significantly adds to this experience is the role of the “honor system,”  a meter that monitors the ethical status of Arthur as he wades through Red Dead II’s murky moral waters. If Arthur chooses to steal a horse, for example, he loses honor. In contrast, if Arthur chooses to help an innocent bystander back to her town because her horse died, he gains in honor. While this system may seem pretty simple, it is essential in rounding out the character and thus the story of Arthur. It allows you, the player, to make Arthur whoever you want him to be. Every choice you make matters and can drastically influence both the end of the game and Arthur’s personality throughout.

In a much different vein, Red Dead Redemption II offers a wide array of activities in which to participate between the game’s many missions. Players can hunt wildlife, fish, earn bounties, play interesting side missions, build up the gang’s campground, unlock new outfits, play poker, rob trains, and take part in stereotypical western duels.

In addition, Red Dead II has a revamped online game mode that allows the player to experience a new story, hunt bounties, and compete in horse races with other players and close friends.

#IDARB may be classified as a sports game, but it’s far different from your average EA release that is mostly recycled from the previous year. Instead, IDARB is a two-dimensional game that combines many aspects of football, volleyball, basketball, and soccer into one contest.

You can design or choose your player from selections that span across multiple game and movie franchises, as well as form your own teams among your friends. IDARB is essentially you and your teammates vying for the ball at the middle of the multi-leveled arena as you each try to score on the other team’s goal. You can walk in the ball for one point, or hit three-, two-, and five-point shots. You can also bounce your shot off of multiple surfaces for a double multiplier on each bounce.

The game includes having to deal with disruptive “hashbombs,” Twitter hashtags that appear across a banner at the bottom of the screen and affect the game in real-time. They certainly keep you on edge. Sometimes sharks appear on platforms across the stage and send you to the penalty box after biting you, players turn into clowns for some reason, and the ball is enabled to freeze you in place until it is passed, or even worse, intercepted. Even more interesting are the halftime games, as you are often forced to compete with the other team in games of tug of war, duck hunt, or tank warfare.

IDARB is very quirky, but it is also a ridiculously competitive game that guarantees laughs as well as entertainment for all players.

In an age where many game companies seem completely focused on profits, it’s nice to have a game like Warzone – a free, battle-royale addition to the base game Call of Duty: Modern Warfare. This edition doesn’t even require you to purchase the full game to join in on the fun!

In my opinion, Warzone stands out as the best winner-take-all-style game to date. Copying almost every standard expected in a battle royale, its weapon, armor, and ping systems work well together and are familiar to most who have played Apex Legends, Fortnite, and Player Unknown’s Battlegrounds. 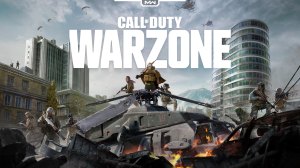 What I absolutely love about Warzone is how it tries to stop you at all costs from being eliminated from play. For example, after your first death, you’re thrown into the “gulag,” which puts other fallen players against you in a one-versus-one deathmatch. The winner of said match then is admitted back into the game. Here’s the kicker – if you lose in this redemption match while playing with friends, it still might not be over for you, as they can “buy you back in” with virtual money at one of the in-game stores littered across the map.

There is no limit on how many times a player can be bought back, unless the always-closing circle of deadly gas becomes so small that no stores are left in its radius. So, for much of the game, players can be eliminated and brought back into play for as long as their teammates survive.

Warzone’s system eliminates the annoyance of wait times between matches, extends gameplay, and allows you to play more aggressively, contributing to a much more enjoyable overall experience for the player.