This past Saturday, the Chaminade wrestlers faced off against St. Anthony’s in an exciting matchup between two familiar foes. The Flyers attempted to capture their first win of the season with a satisfying victory against the Friars.

After two losses against highly ranked opponents in Wantagh High School and Wyoming Seminary, the varsity grapplers came out strong against St. Anthony’s, winning in convincing fashion. The Flyers’ 57 bested the Friars’ 27. The win secured Chaminade’s first victory against St. Anthony’s since 2013.

The team now holds an overall record of 1-2, with sights on their next matches this Saturday at the highly competitive Hewlett King of the Mat tournament. Remarking on the season thus far, senior captain Davis Luckner ‘20 exclaims, “Our team is as close-knit as it’s ever been since I’ve been here. We are like brothers, and this team is like a second family for us. We know what’s expected of us this year, and we plan to not only meet, but exceed those expectations.”

The Flyers Varsity Hockey team defeated Xavier by a score of 3-1.The game was an overall team effort, with all facets of the game clicking for Chaminade. In the net, senior goalie Harrison Chesney ‘20 had a stellar game. The team’s three goals were scored by Jake Gustavich ‘22, Nick Solarino ‘21 and Tommy Hasset ‘21.

The Flyers are ready to versus league Monsignor Farrell, with their goal to take home the CHSHL A Division Championship.

Boasting a strong 3-0 record, the Varsity Bowling team looked make its undefeated streak an astonishing 68 matches, with their sights set on hoisting the CHSAA Championship for a ninth successive season.

On December 10, the Varsity Bowling Team was back in action at Sheridan Lanes, hosting the Friars of St. Anthony’s. The keglers came out strong in Game 1, with senior Christian Freel ‘20 bowling an impressive 266 to pace the Flyers as the team jumped out to a 2-0 lead and a 185-pin advantage. The team would continue their strong performance throughout the next two matches, finishing with a convincing 7-2 win. Christian Freel ‘20 finished with a 656 series, as the Flyers have their eyes set on their next match against Holy Trinity this Thursday.

Reflecting on the team’s success thus far, Marcus Alaimo ‘20 explains, “Although we lost some of the firepower that we had last year, our guys have really stepped up to the challenge.” 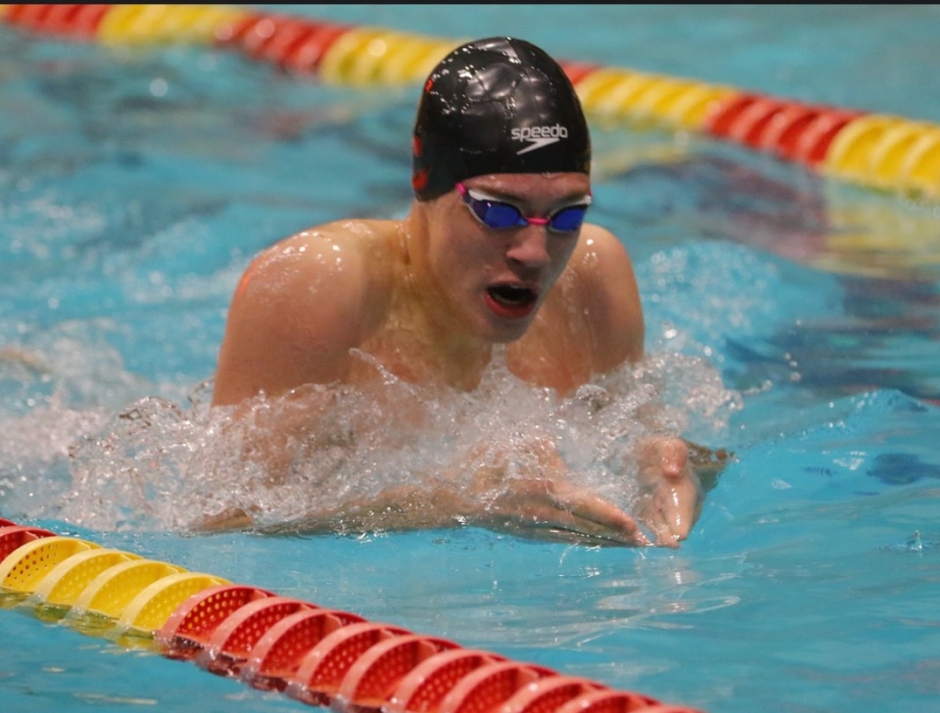 On December 3, the Chaminade Varsity Swimming team defeated Xaverian by a score of 98 to 79.

In a home match against a formidable Xaverian opponent, the Flyers had some very impressive performances from the team. In the 200 Individual Medley, seniors Kyle Cornish ‘20 and CJ Rodgers ‘20 both recorded stellar times. In the 50 Freestyle, Nick Virga led the Flyers with a stellar time of 23.68. Stephen McDonald ‘23 and Nick Shopis ‘21 also led the team in the 500 Freestyle and the 100 Butterfly, respectively. Frank Castrofilippo ‘23 boasted the best time out of all swimmers in the 100 Breaststroke.

The team, which now holds an exceptional 4-0 record on the season, is back in action this upcoming Saturday, as they match up against St. Francis Prep.

This past Wednesday, the Chaminade Flyers faced off against the nationally ranked Long Island Lutheran. Unfortunately, the Flyers came up short to a very strong LuHi opponent by a score of 64-54.

The team played hard and never backed down in a match where they were seen as heavy underdogs. After cutting the deficit to 4 points in the 4th quarter, the team was unable to take the lead. Seniors Nick Coletti ‘20 and Matt Young ‘20 both had great games as they contributed on offense and defense. Also, Kieran Dorney ‘20 and Brandon Pizzingrillo ‘20 led a tough interior for the Flyers.

The Crimson and Gold are looking ahead December 14, when they play Elmont Memorial High School in a non-league match.

Congratulations on a strong start to our winter sports teams. Go Flyers!