In recent years, Chaminade has undergone a series of innovative, rapid changes to better acclimate itself to the modernized system of 21st-century education; for proof, look no further than the distribution of iPads; the construction of the Dolan Family Science, Technology, and Research Center; the introduction of AP classes; and the launch of the newly-renovated Bloomberg Financial Lab.  Some of the many changes to the curriculum have involved the Mathematics Department, which has revamped its course offerings and added some new talent to its faculty. Meet a couple the new members of Chaminade’s mathematics faculty:

discovered his passion and love for mathematics during college. “I learned in college that math could almost be like a game instead of just a bunch of equations,” Dr. Summers explained. “I learned how it was fun and that it wasn’t just nonsense.” Prior to his return to Chaminade, Dr. Summers attended Adelphi University, where he earned his B.S. and M.S., and Queens College, where he earned another M.S. After teaching in Uniondale for a year, he began working as a research assistant while pursuing his Ph.D. in Mathematics from Drexel University. Dr. Summers credits his return to Chaminade to his excitement about the use of technology in education, the ability to express his faith openly, and the opportunity to perform meaningful research with the student population, as he is currently helping to launch a research section of the Math Club. 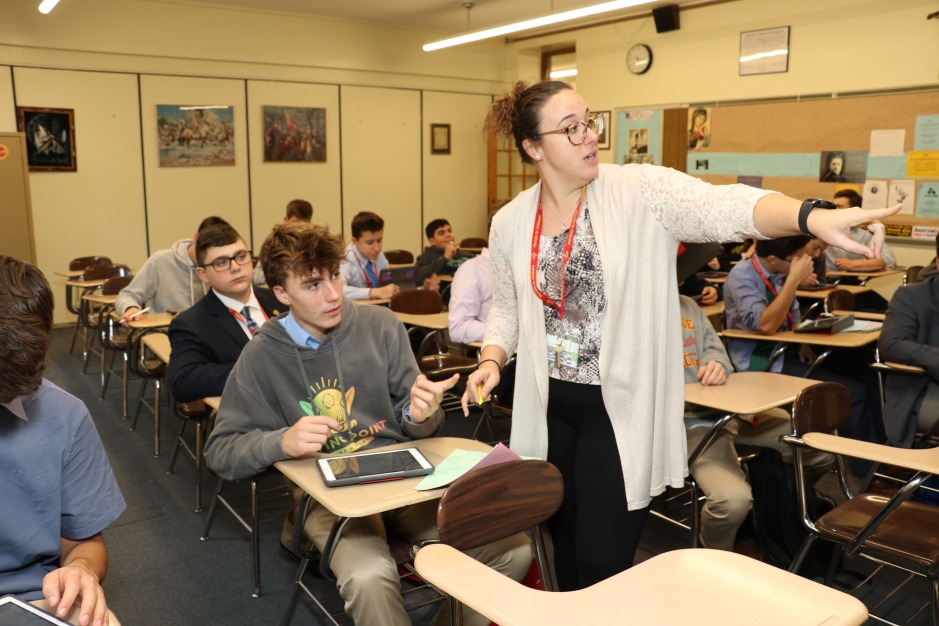 Another addition to the Mathematics Department, Ms. Danielle Borroni attended Hewlett High School. Before pursuing a career as a mathematics teacher, Ms. Borroni was on track towards a career in arts education. “During high school,” she explained, “I was really into art, so I spent much of my free time in the art room and did a lot of painting, drawing, and stuff like that.”  Upon her admission to the Macaulay Honors Program at Queens College, Ms. Borroni found math education was a better fit. Regarding Chaminade, she was particularly intrigued by the family atmosphere and sense of camaraderie. “The large family that’s here, the cohesiveness, the community, and the caliber of students all attracted me,” said Ms. Borroni. “There are lots of good things going on here, and to be a part of that is special.”