This evening at 7:30 p.m. in Darby Auditorium, the Darby Players will stage the premiere of “The Addams Family.” The play will run for five shows, including March 10 at 7:30 p.m., March 11 at 2:00 p.m., March 16 at 7:30 p.m., and March 17 at 3:00 p.m. After a successful winter production, “Comedy Tonight,” the Players are looking forward to another strong performance. Tickets may be purchased online by clicking here.

Food for the Soul

This Sunday, sophomores and seniors will accompany their families to their annual Communion Breakfast. The morning will begin with Mass in Darby Auditorium, followed by a buffet breakfast in the AAC. Because many faculty members will be in attendance, this event provides a great opportunity for families to become more acquainted with their son’s teachers.

Diamonds in the Rough

The varsity baseball team began tryouts last Saturday (March 3) and is in the process of finalizing its roster.

Soon, though, the team will have its first scrimmage of the year against St. Francis Prep on Friday, March 16. First pitch will be thrown at 4:00 p.m. at Cantiague Park in Hicksville. 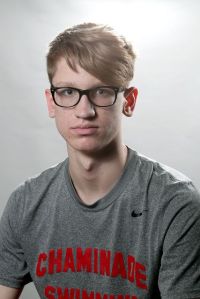 Last Friday and Saturday (March 2 and 3) several members of the varsity swimming and diving team competed well at the New York State meet. Senior Christian Sztolcman ‘18 swam the best times of his life, winning both the 100- and 200-yard freestyle. Sztolcman broke not only his own Chaminade records, but also the Catholic High School League records in both events, with a time of 44.6 seconds in the 100, and 1:37.2 in the 200. Another notable performance was delivered by Nikolas Daly ‘19, who swam well in both the 100-yard breaststroke and 200-yard individual medley to finish in 11th and 12th places, respectively. (Photo of Christian Sztolcman courtesy of Newsday) 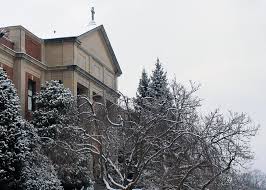 After being pushed back one day due to the snowstorm on Wednesday, school-wide Mass was celebrated in the AAC yesterday. With the assistance of Fr. Gregory Rannazzisi, pastor of St. Gerard’s in Port Jefferson Station, the student body gathered to reflect on the Lenten season. Fr. Gregory spoke about the importance of taking the “right path” on our journey of life, beginning with a re-devotion to our Lenten sacrifices. 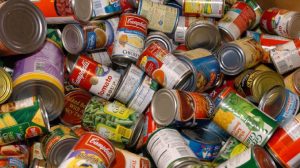 Due to the recent snow day, the can drive did NOT end today, as planned. Instead, it has been extended until next Tuesday (March 13). The pile of cans continues to grow outside of Darby Auditorium, but could certainly use some last-minute donations to help the hungry among us.