During his presidency, Calvin Coolidge was a notoriously quiet man.  During his youth however, he dedicated much of his time to public speaking and debate.  Established in his memory, the Coolidge Foundation encourages students to grow intellectually by emulating President Coolidge through participation in speech and debate.  On Saturday, May 21, Chaminade High School hosted its annual Coolidge Tournament, sponsored by the foundation.

The school and foundation worked together to host schools from across the northeast.  They provided several grand prizes in order to encourage students to participate actively.  The winners of Lincoln-Douglas debate, Public Forum debate, and Congressional debate each received a scholarship to the Coolidge Debate camp in Vermont, which Bro. John McGrory, S.M., ’84 helps run.  Those students in attendance will compete for a $7,500 grand prize in a tournament at the end of the camp.  The only thing that stood in each debater’s way to this scholarship was the fierce competition awaiting him or her at Chaminade. 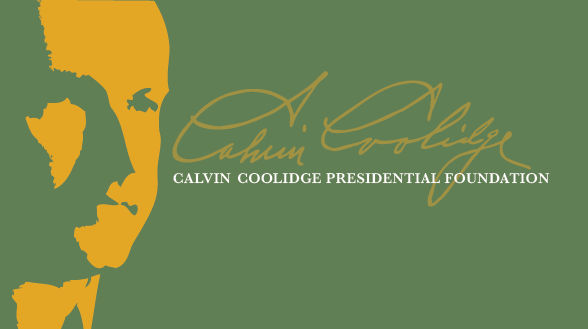 Throughout the day, members of Chaminade’s speech and debate team endeavoured to follow President Coolidge’s example and emerge victorious from each round.  With only two awards being distributed in each category, competition for the top spots was fierce.  Despite many strong performances, only one Flyer truly shone.  Christian Gagnon ’16 earned second place in Congressional debate, saying, “The Coolidge Foundation is an exemplary foundation and Chaminade was a great host as usual.  I’m sad to say that it was my second to last tournament; however, I am hopeful to carry over my success from the Coolidge tournament to the NCFL National Championship.”

Mixing presidential grace with enthusiasm, each Chaminade student performed well in the tournament.  Although only one member of the team earned an award, they all displayed the eloquence and wit President Coolidge prized.  Much like him, the team was able to make the few words they did say count.